Microtransat Challenge accepted. A journal of building a boat that pursues to cross the Atlantic Ocean. 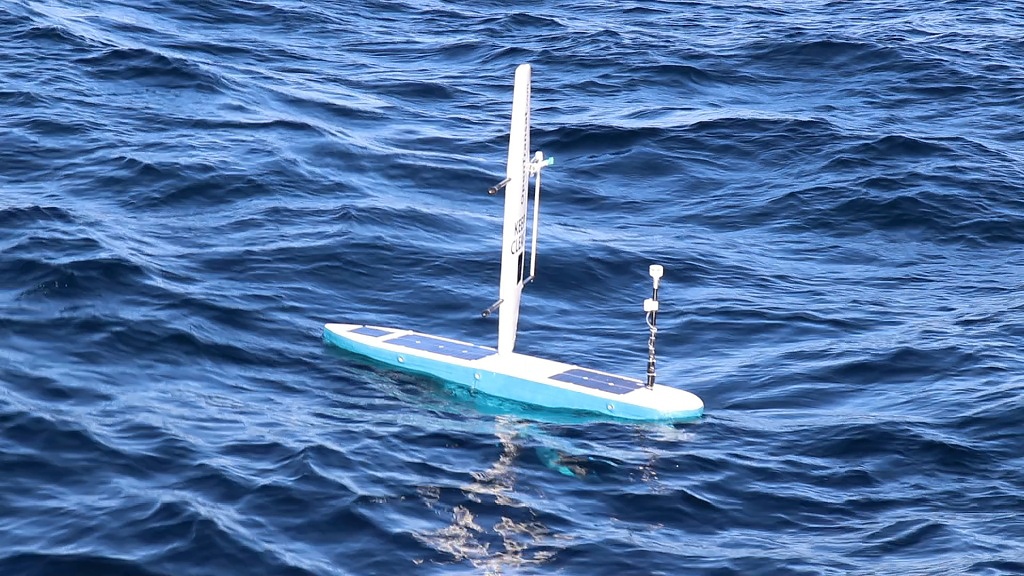 The boat was launched from a fishing boat close to Renews Harbour in Newfoundland, Canada on July 8, 2019.

The boat started off as a hobby project and the first one has been made from off-the-shelf parts in less than 6 months by a single maker. The focus was on keeping it both simple and robust. It's rather an experimental platform that can be easily modified to test what really works before proceeding to the next design. The transatlantic attempt commenced on September 12, 2016. Well, as things like this rarely work on the first attempt, the boat didn't get far before being hit by a storm, but nevertheless, a lot of new things were learned during this exciting journey. 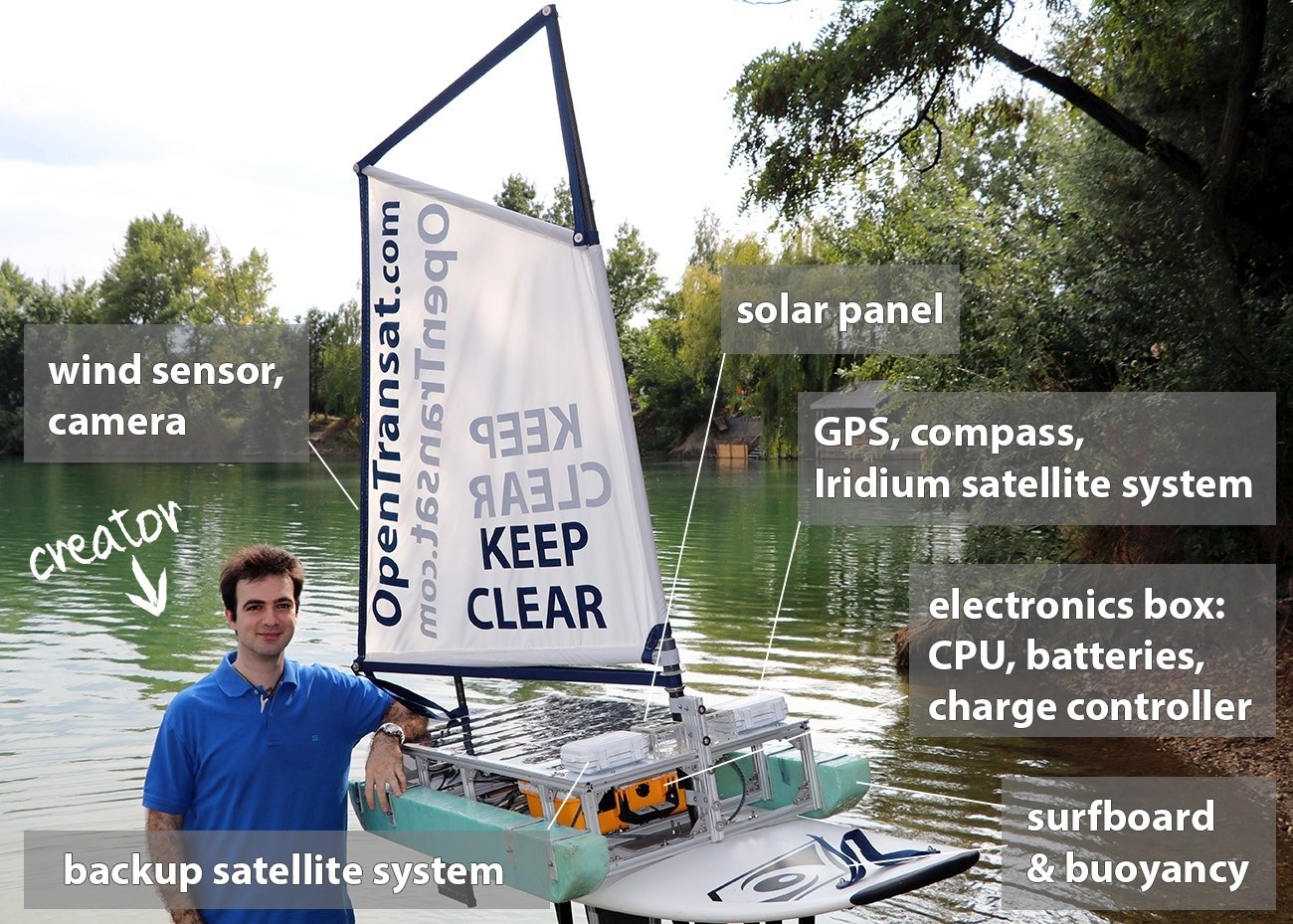 The next boat is made from custom composite parts: carbon fiber, Kevlar, fiberglass and a foam core reinforced by aluminum / carbon-fiber skeleton. It's designed to survive extreme ocean conditions. 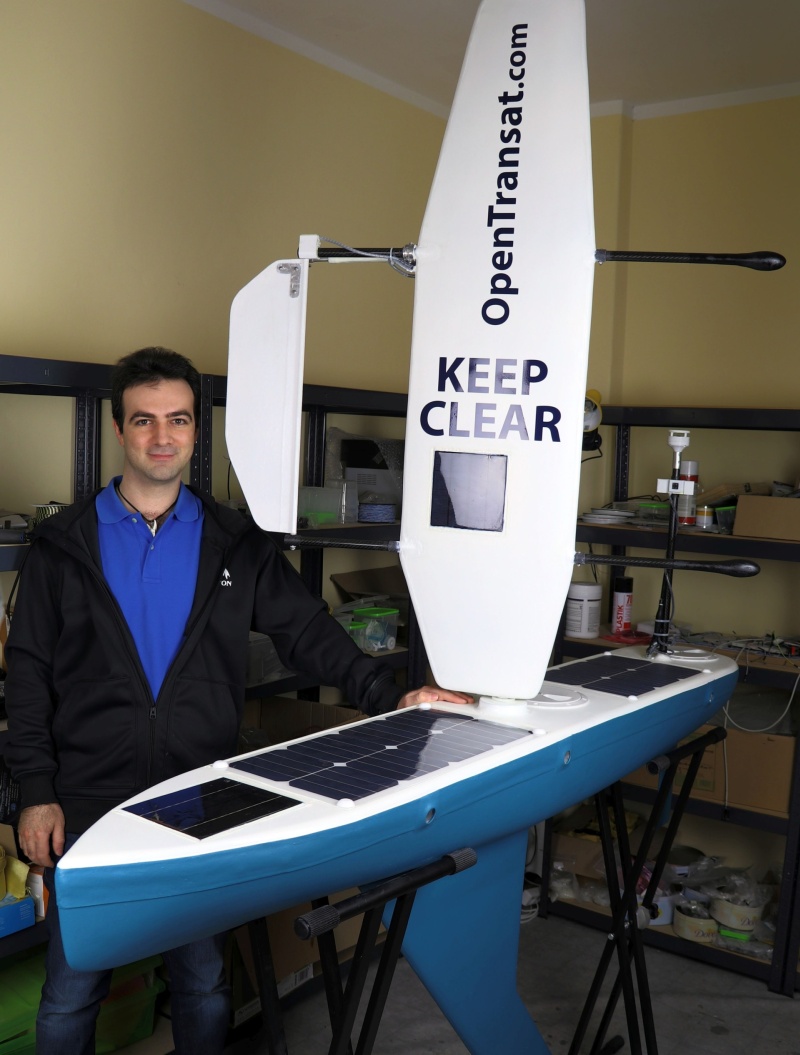 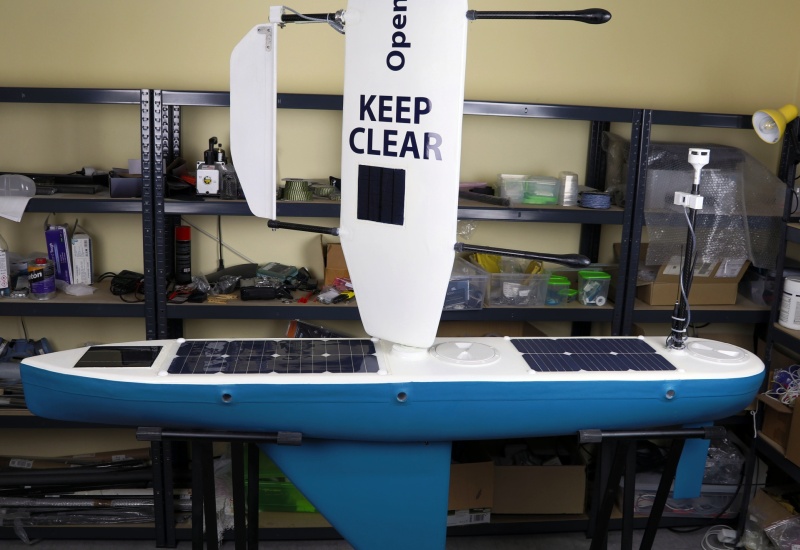 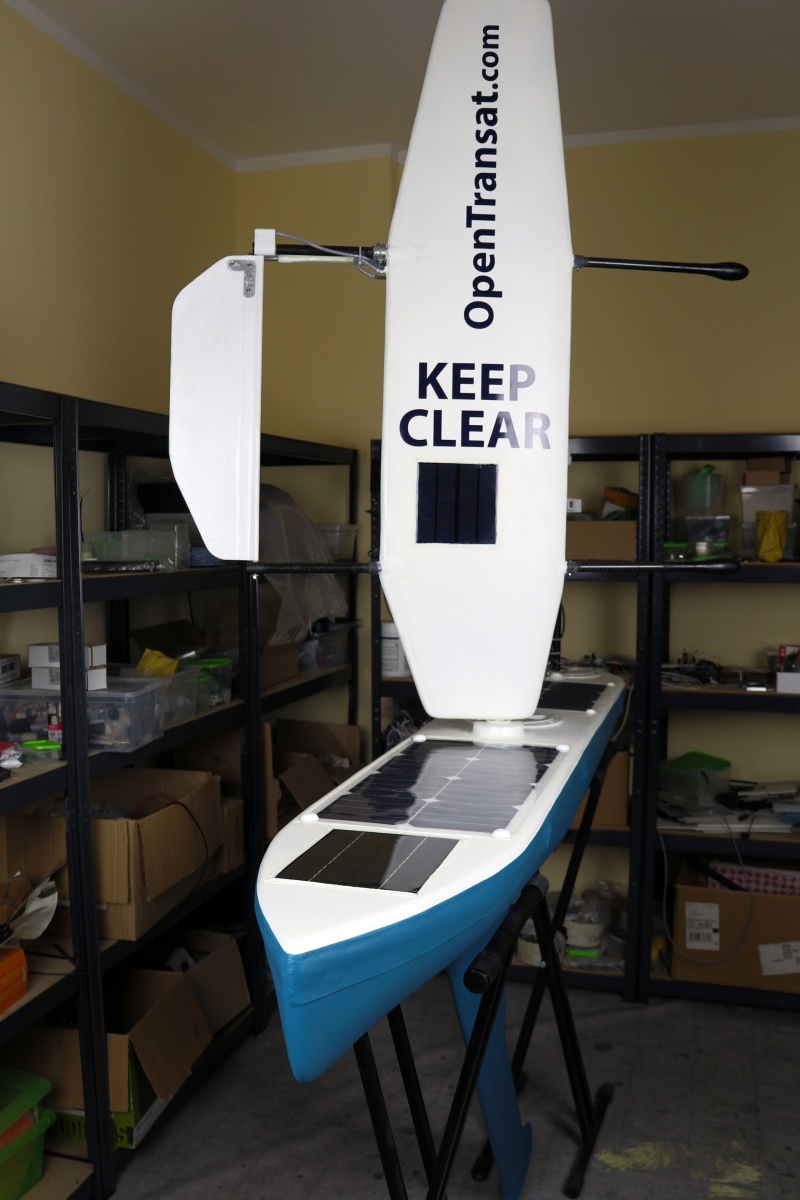 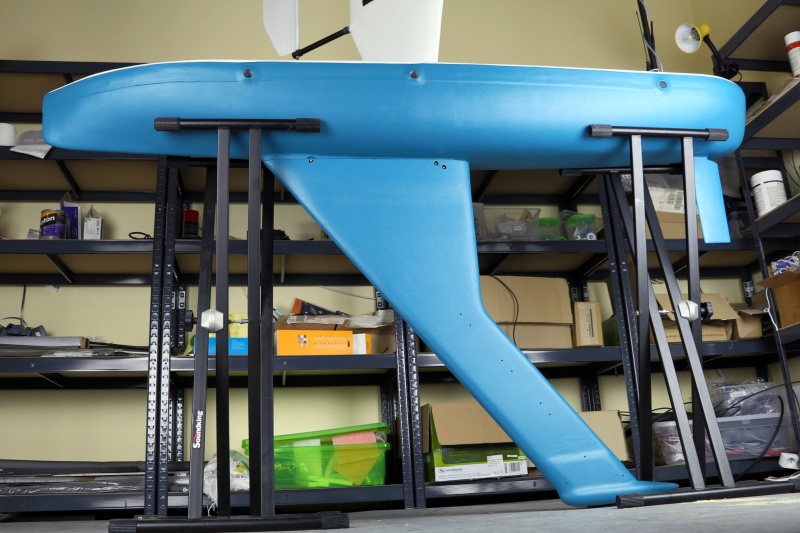 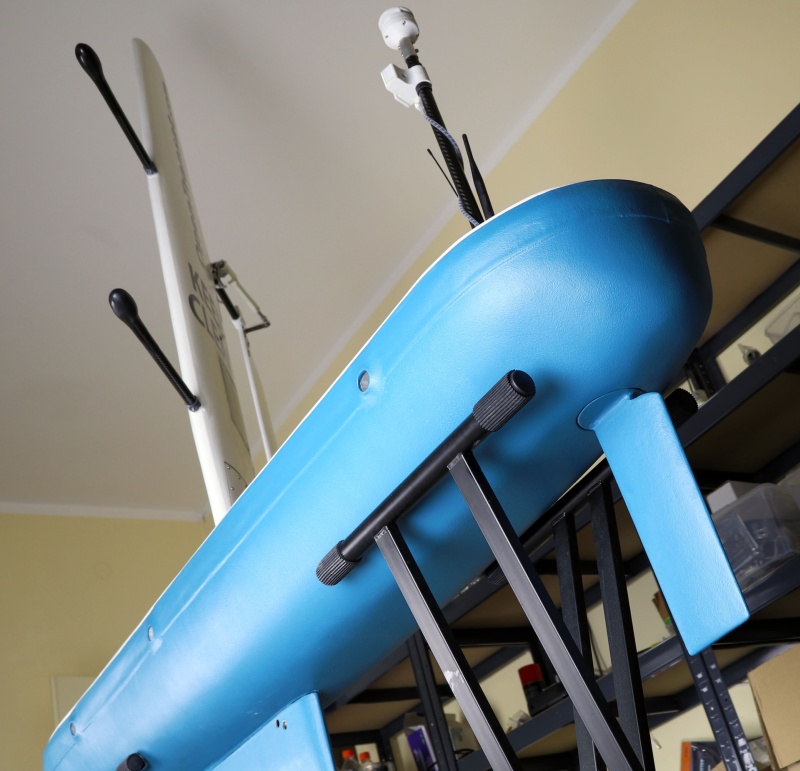 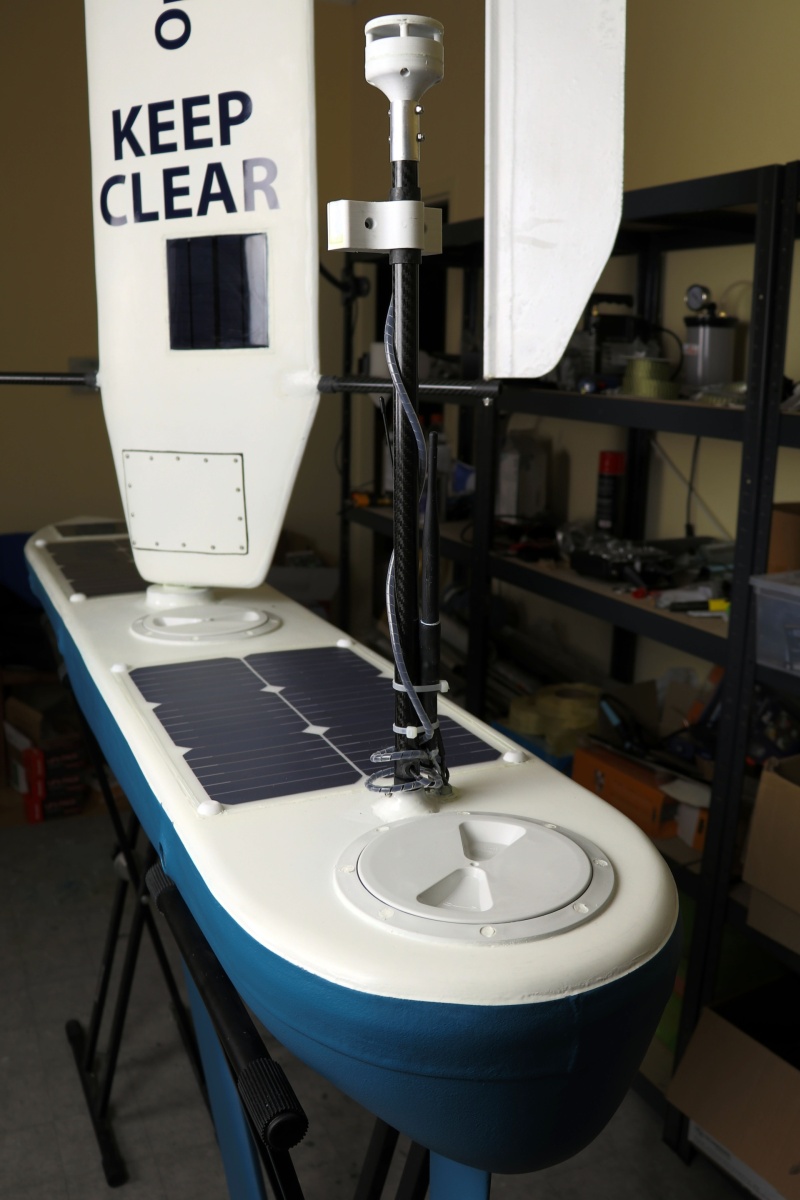 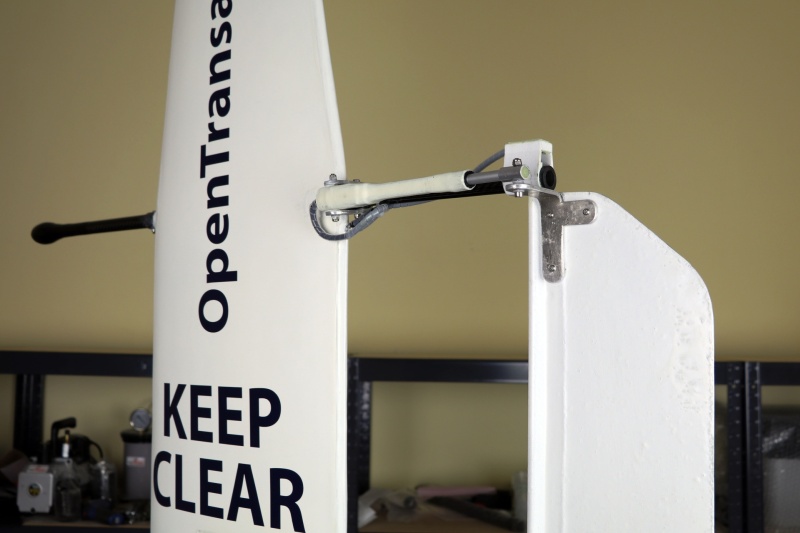 A hacked waterproofed webcam records many hours of video during the mission. Let's see how the boat fights wild ocean waves and storms... and other interesting things which are caught on the camera! 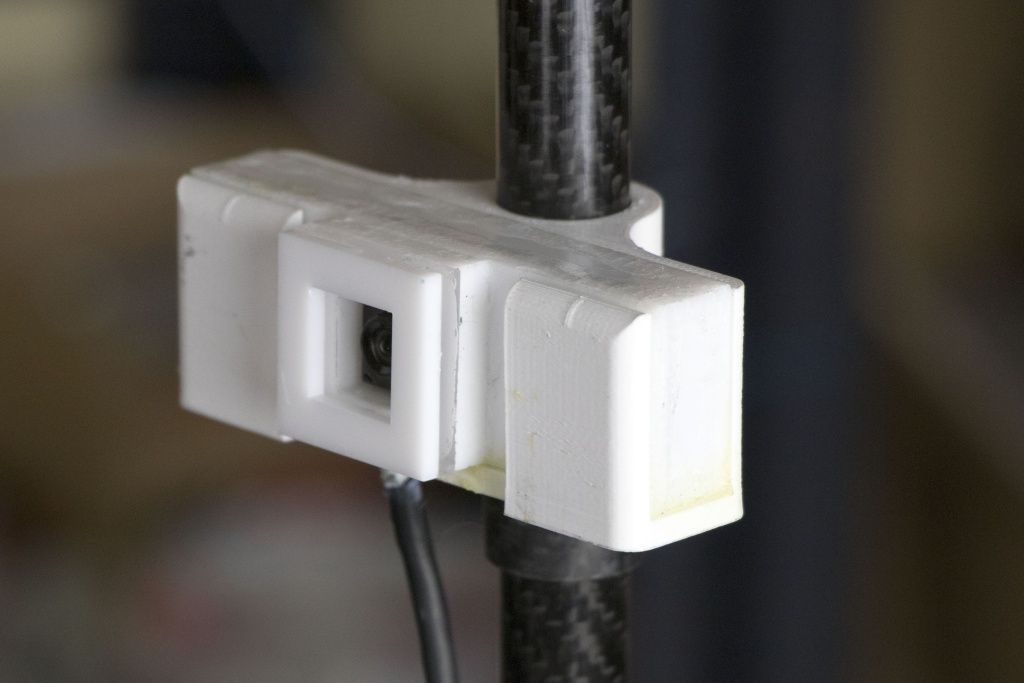 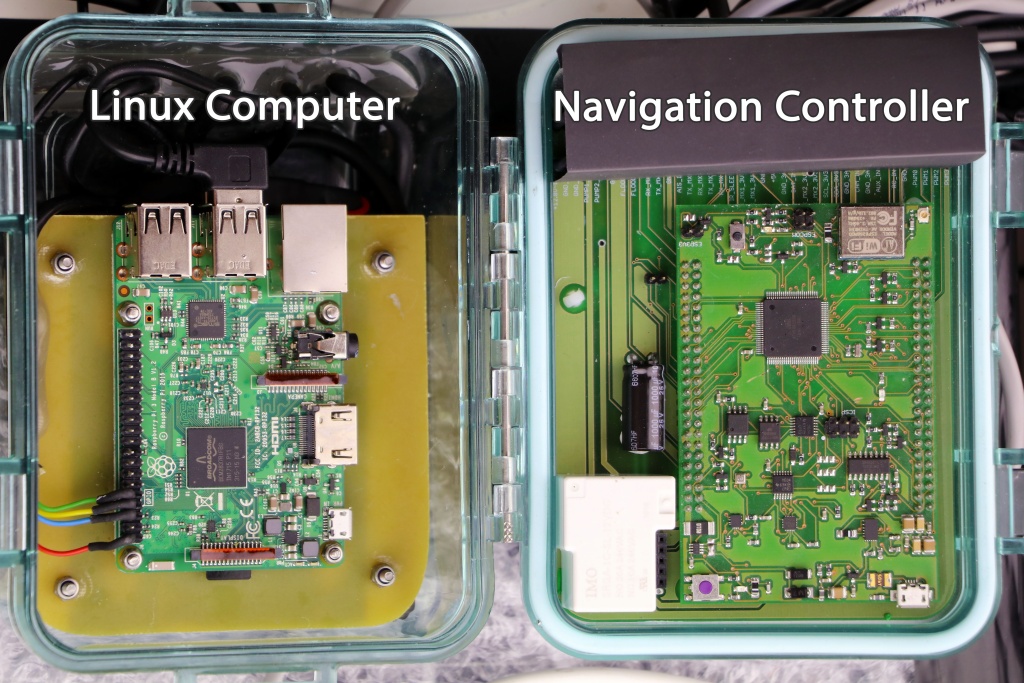 It's open-source on GitHub! The navigation controller based on Atmega2560 crunches data from GPS, compass, wind sensor and sailwing position sensor to navigate the boat autonomously. The Raspberry Pi computer is for taking pictures from the USB webcam.

Driven by the Wind, Powered by the Sun

The main power source consists of eight LiFePo4 30Ah cells charged by 6, 24 and 18 Watt solar panels. When the batteries are fully charged, the boat can run for about 10 days without any sunlight. 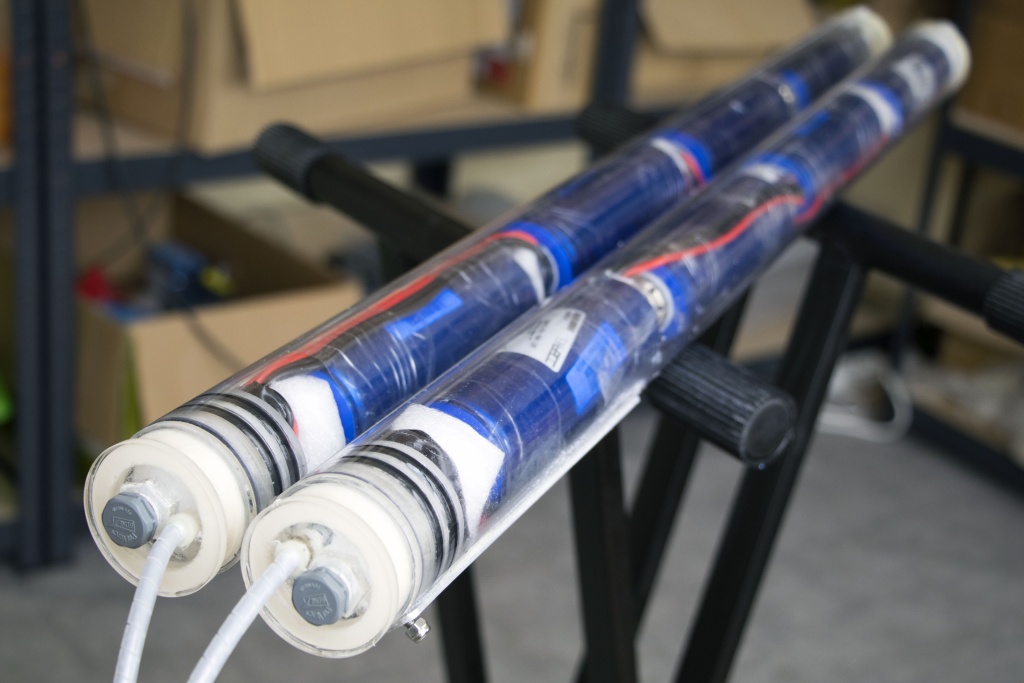 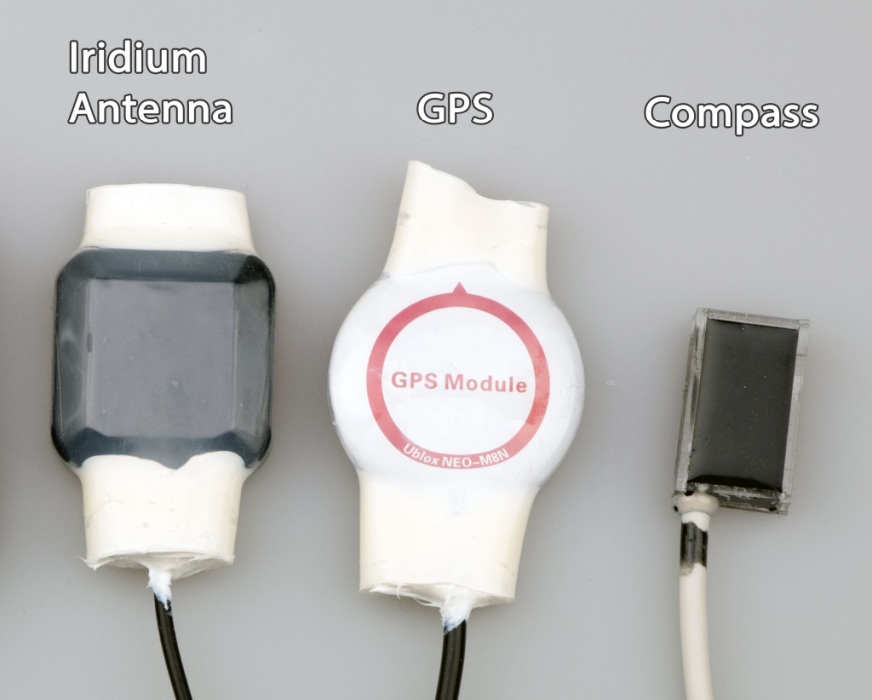 The boat reports its position and other interesting data through the Iridium satellite network. It also reports humidity inside the waterproof housing, water temperature, air temperature, wind direction, etc. Every single module inside the hull is waterproofed so the boat will remain fully functional even if the hull is flooded.

First, the boat was designed in CAD software to evaluate the sailboat physics. Then the composite parts were built from molds using resin infusion. 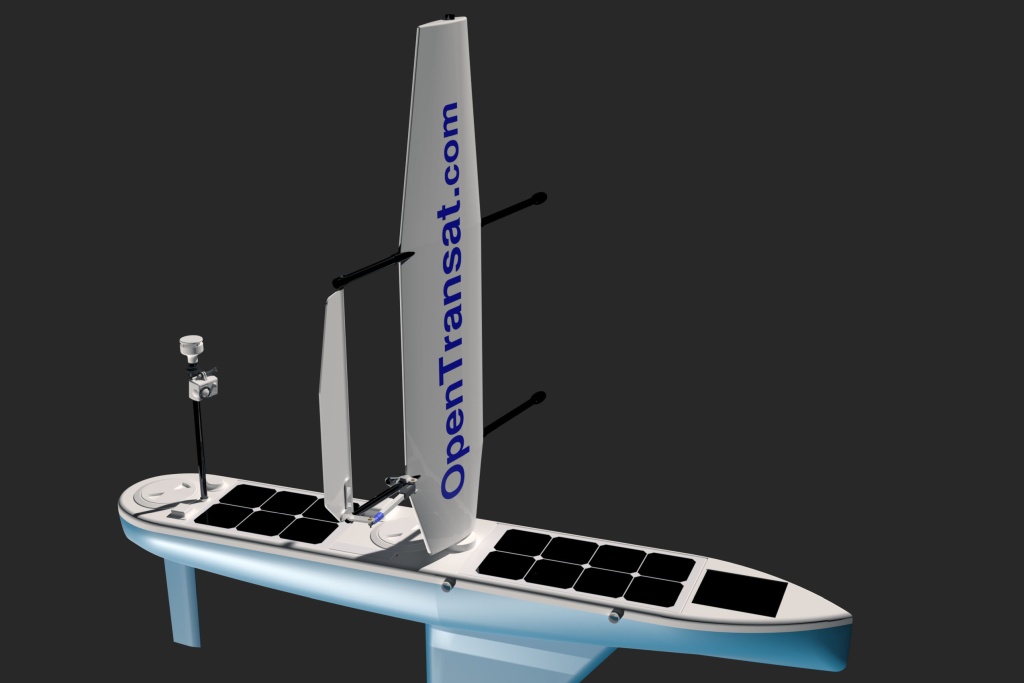 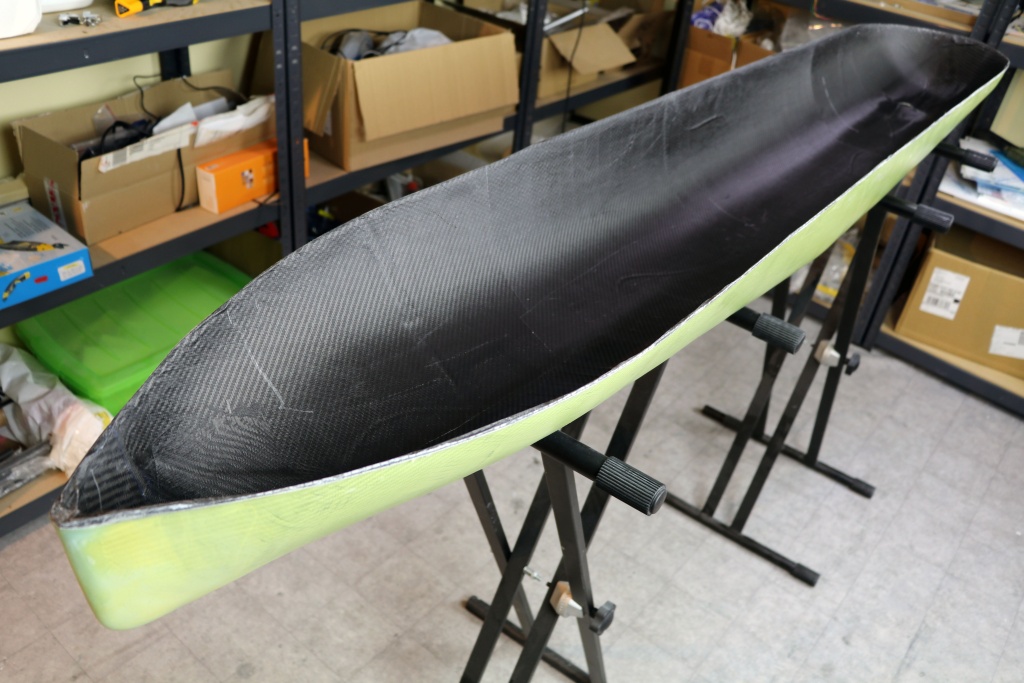 The sandwich structure made of carbon fiber and a foam core provides stiffness while the outer layers of fiberglass and Kevlar protect the hull from impact and abrasion, e.g. rocks, icebergs, shark teeth...

The sailwing orientation is being adjusted by a flap just like an airplane wing. When the autopilot sends a wireless command to the actuator that moves the flap, the sailwing starts moving until the flap points in the same direction as the wind is blowing. This way, a relatively small force is required to move the massive sailwing. The invention dates back to World War II (Fin Utne's boat Flaunder destroyed by the war). 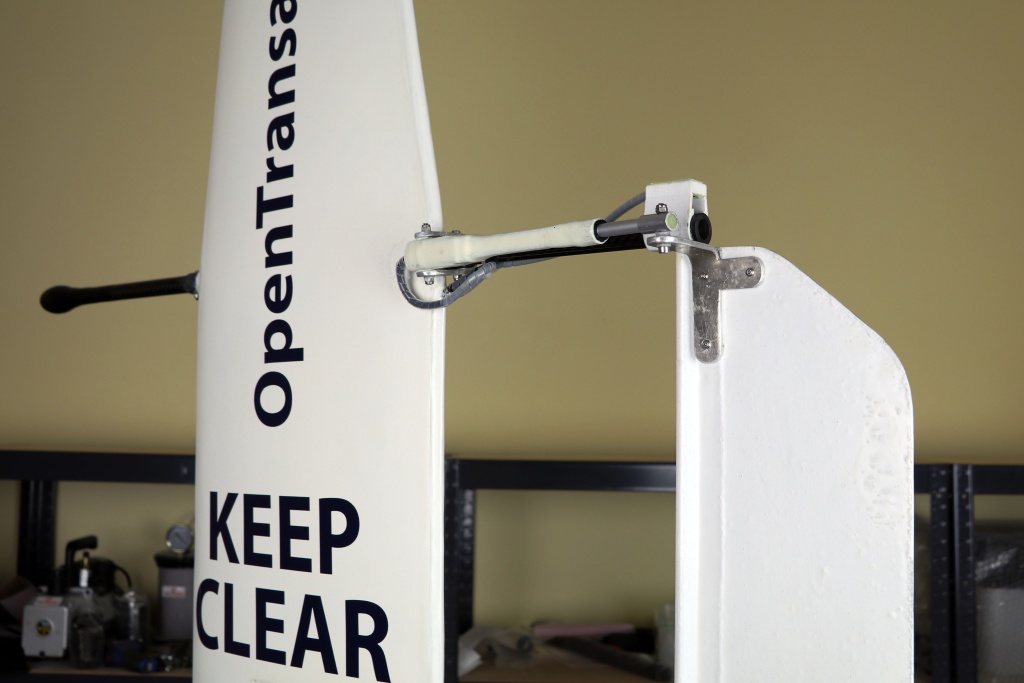 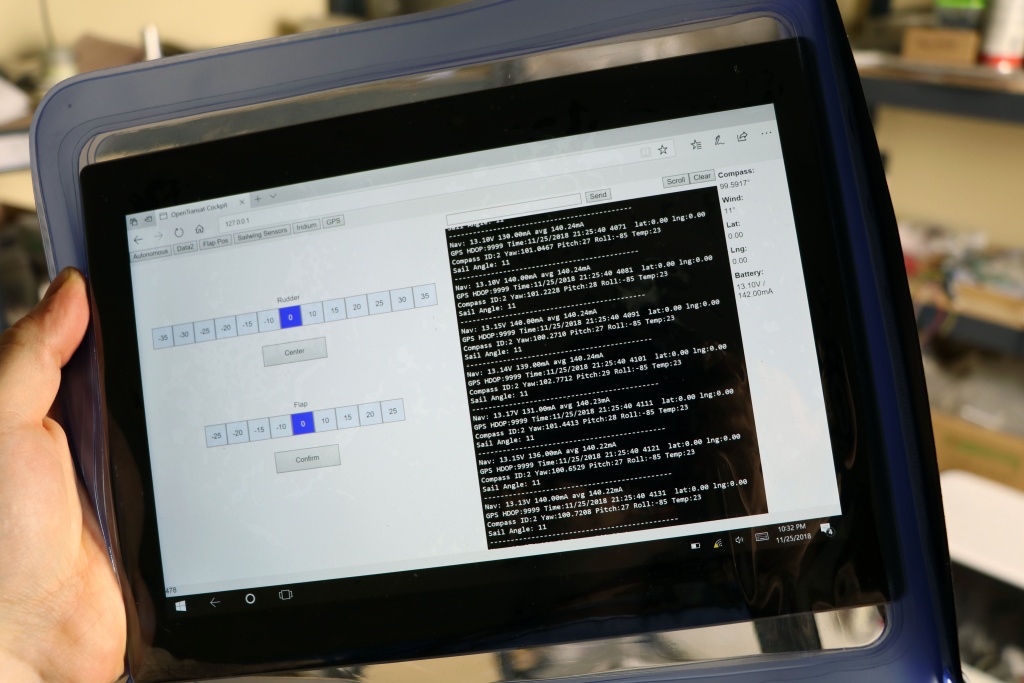 While the boat is fully autonomous, i.e. it can work for months in the ocean without any human interaction, it's possible to connect a computer via WiFi for programming and debugging over a limited distance.

The boat can be disassembled and transported in parts. It was also carried on aluminum support for testing. 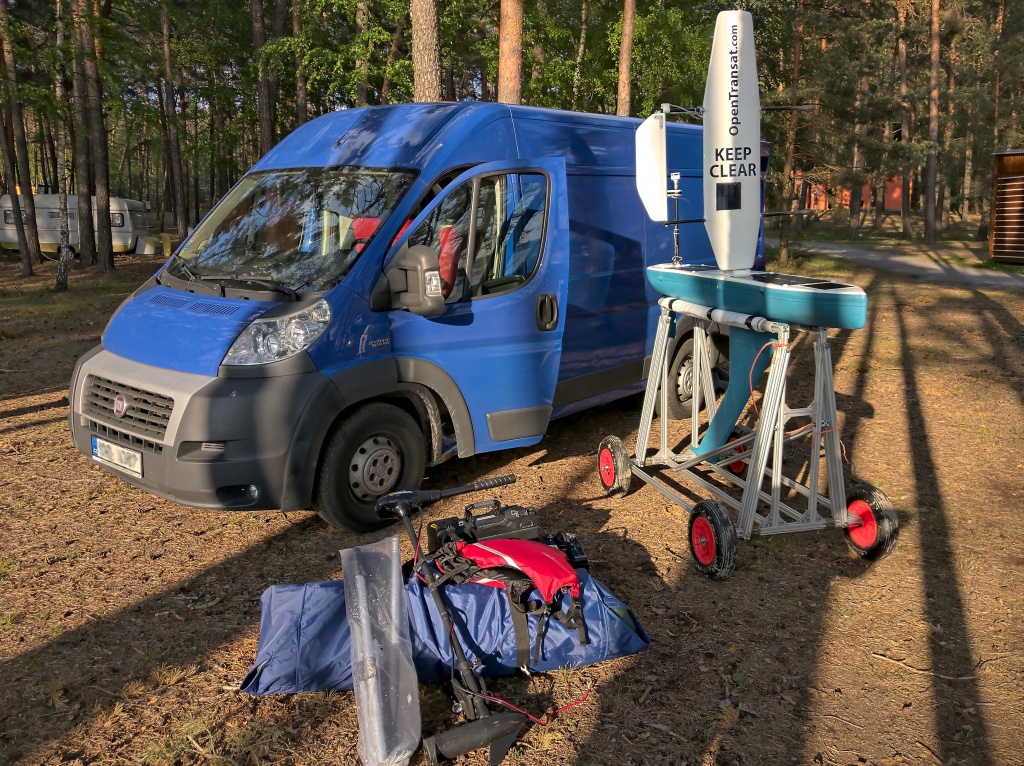 Stay informed about the next transatlantic attempt

Crossing the Atlantic Ocean autonomously is hard, but it's a lot of fun! Let's take the journey together.